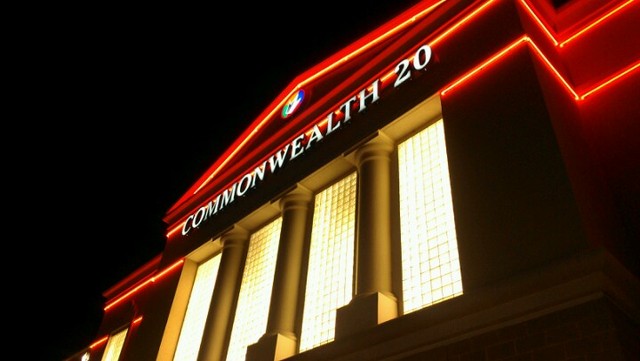 The Commonwealth Center Stadium 20 was opened by Consolidated Theatres. Regal took over operations in 2008 and the IMAX screen was added in 2010.