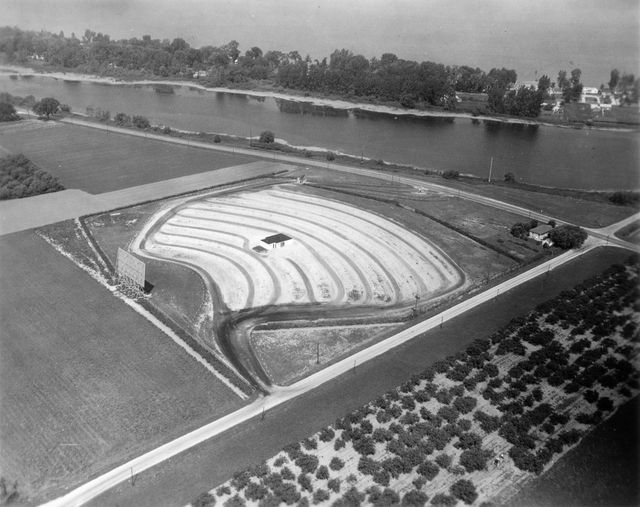 Charles and Ann Marecek who were from Muskegon, Michigan, selected Port Clinton, Ohio, for their new drive-in theater. Eight acres of land was purchased from Eva Hines. The planning and construction phase began in April 1950, with opening day on June 22, 1950. The drive-in had a capacity of 600 cars featuring in-a-car speakers and a 40 X 50 screen tower. The Marecek’s also built a family home in front of the drive-in.

In 1973, Rick Smith from Fremont, Ohio, leased the drive-in theater from the Marecek family. He operated it until October of 1991. He finally closed it due to low attendance and hard economic times. Drive-in church services were held there by the Trinity United Methodist Church in 1990’s. Co-Operative Theaters of Ohio was the booking and buying agency. In 1994, Ann Marecek sold the property for redevelopment. In its place are storage units and various businesses.

Uploaded some pictures and ads!