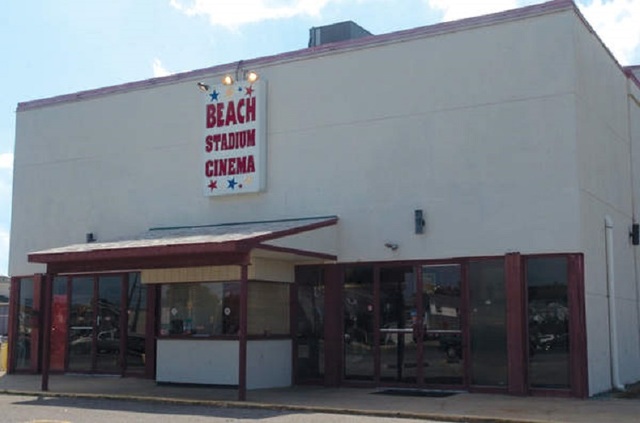 Opened by Frank Theatres in 1965 as a seasonal operation on Long Beach Island, NJ. The theater was upgraded over the years and eventually expanded to five screens. Frank subleased the theater to Australian-based Hoyts in 1996, taking it back in 2003.

Frank Theatres announced that the theater would be closed at the end of the summer season in 2012 so the site could be cleared for an Acme supermarket expansion, leaving the island without a theater.

Here is an article about the closing, which includes an exterior photo that will enlarge if clicked upon.

Frank Theaters closed the Beach Stadium 5 at the close of the 2012 summer season and the wrecking ball gave a command performance. The Beach Stadium 5 was demolished to make way for an expansion of the ACME Market. Even though the theater had been upgraded over the years, Frank Theaters can never get enough! It was previously called the Beach Theatre, Beach Twin, and Beach 4. Now it’s the Beach Zero. Long Beach Island no longer has a movie theater. Thanks Frank’s.

This theater should be listed as Closed and Demolished.