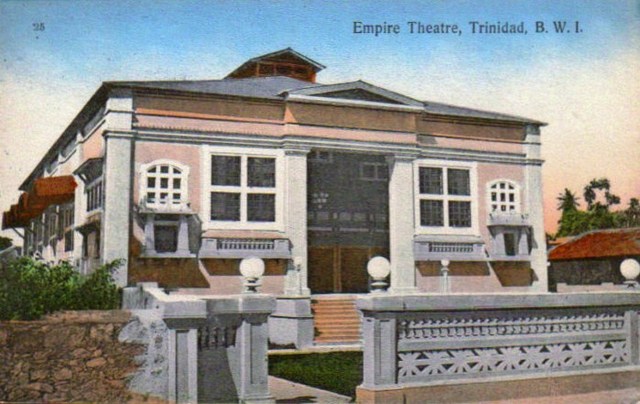 Located in San Fernando, Trinidad, British West Indies. The Empire Theatre was built in 1920, and opened as a cinema on 25th September 1920.

In 1976 following a screening of “Victory at Entebee”, the Empire Theatre was set on fire by vandals and was completely destroyed.