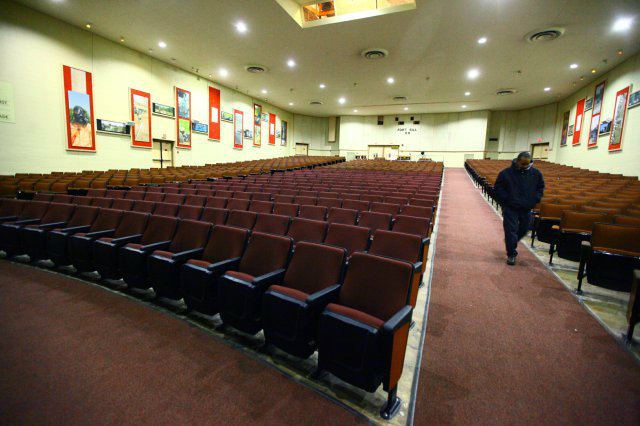 The Sheridan Theatre had full projection equipment until 2012, when films ceased due to the digital revolution. It retains stage facilities for elaborate productions.

The Fort Sill Sheridan Road Theater stopped showing movies in December, 2012 but the facility will continue to be used for ceremonial and training events, say Army & Air Force Exchange Service officials. About 60 AAFES theatres have stopped showing movies as technology is moving away from film projection and toward digital pictures and sound, said Chris Ward, AAFES Headquarters spokesman in Dallas, but about another 60 AAFES theatres worldwide are making the conversion to digital. With theatres converting to digital projection, AAFES theatres now using 35mm prints have been undergoing reviews to determine the cost-effectiveness of converting its theatres to a digital format. A review of the Fort Sill Sheridan Road theatre determined that with a cost of about $120,000 to convert to digital and the availability of local off-base entertainment venues, the continued operation of the theatre was not thought to be viable.