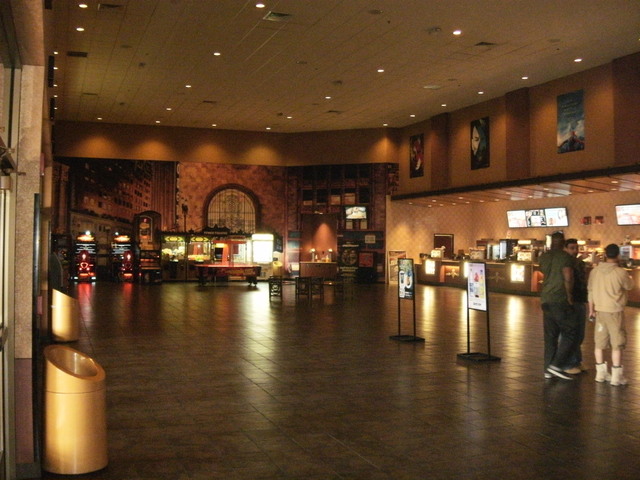 The San Bernardino Sun noted that the Cinemark 16 was built on the former site of Cinemark’s Bear Valley 10 at the Victor Valley Mall. Actually a theater at this mall location goes back to the Christmas season of 1987 when AMC Theaters opened a 1,700-seat theater called the Victor Valley 10.

Around September of 1999, according to Los Angeles Times listings, the cinema came under the control of Cinemark. The name was later changed to the Bear Valley 10, evidently to distinguish it from the former AMC Victor Valley 10.

The Cinemark closed in mid-April 2005 for demolition with actual construction of a new theater beginning in early December. Cinemark still had a presence in Victorville because the Cinemark 10, across the freeway on Mariposa Road remained open.

The 3,400-seat Cinemark 16 had its official opening on November 17, 2006, with auditorium sizes ranging from 115 to 404 seats. On June 1, 2012 a new wall to wall, ceiling to floor XD Extreme Digital Cinema auditorium became the latest attraction at the theater.

A night view of the entrance can be seen here.