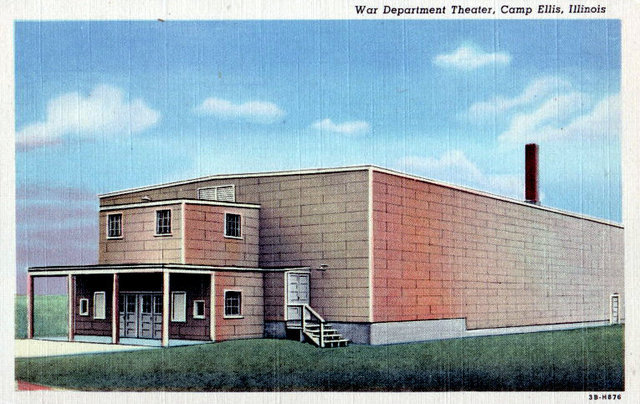 Camp Ellis covered nearly 18,000 acres near Ipava, in Fulton County. It was opened on January 31, 1943 with 2,200 buildings and a capacity of 25,000 troops and civilians, and also 5,000 German prisoners of war who were paid to do manual labor, and were also allowed to attend the Camp Ellis Theatre after patying the usual admission fee.

Camp Ellis closed in 1945, but some buildings survived to serve the Illinois National Guard until 1950. It was then used for Air Force training until 1953, when the land reverted to farming or strip mining. Almost nothing remains today.