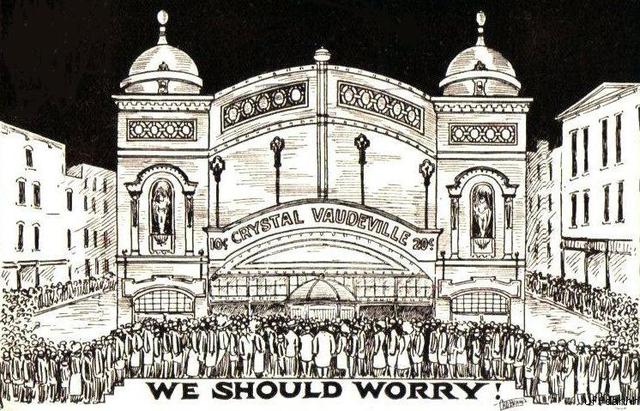 The west side of downtown was the entertainment district in the early part of the 20th century. Opened in 1907 as a live venue for traveling acts, the ornate facade of the short-lived Crystal Theatre fitted into the new theatre district surrounding it, designed by the architectural firm of Leiser and Holst.

By 1907 architectural firm Kirchoff and Rose redesigned the Crystal Theatre, and films were finally programmed beginning in August, 1925 with “The Folly of Youth”. The Crystal Theatre closed in 1929.

Here is a picture of the Crystal Theatre in Milwaukee.