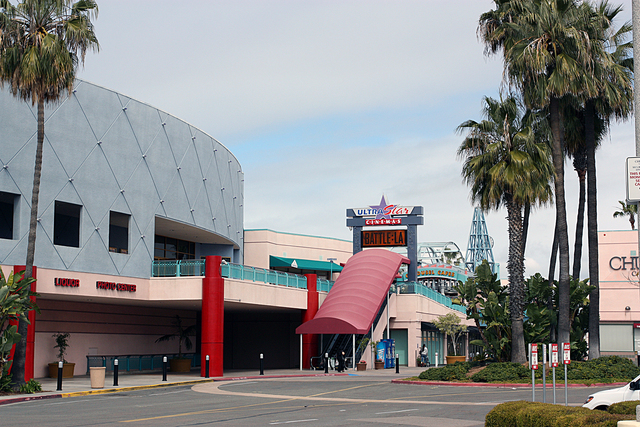 I believe the prior (or first name) for this 10-plex was Nickelodeon (yes, like the channel!).

There is an article in an early 90’s Boxoffice magazine about the opening of this theatre, I forget which though.

I remember when they first opened. Weren’t they the only other THX-certified San Diego theatre other than the one screen at Horton Plaza?

AMC is running this as a first-run multiplex now.