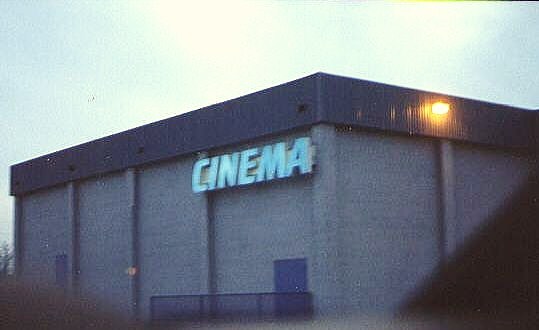 A multiplex with five screens that opened in 1990, closed in 2004. As of the summer of 2012, the building still remains, complete with the Cinemas sign on the side of the building. The Hermiston Stadium 8 multiplex is right on the next block. I guess when it was called “Theater Lane”, they were right.

The murals painted on the walls of the lobby are absolutely stunning!