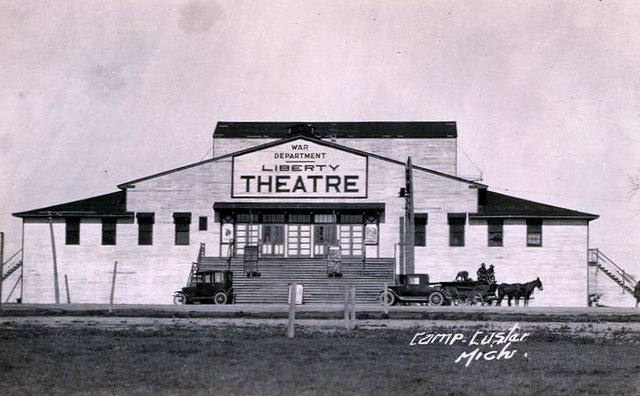 A large, minimalist but impressive frame building fronted by a high flight of steps, the Liberty Theatre at Camp (later Fort) Custer opened at 7 p.m. on Thursday, January 10, 1918 with an instrumental concert by the United Bands of Camp Custer comprised of 250 musicians led by famed eccentric guest bandmaster and cornetist Bohumir Kryl (qv). The grand-opening programs continued for the following two nights. Admission was 25 cents each evening.

The War Department Commission on Training Camp Activities produced the opening programs, chaired by Raymond B. Fosdick of the Committee on Entertainment. Feature films were soon offered at the Liberty Theatre, as were the usual military training films and lectures.

There was still a theatre operating at Fort Custer in 1941.