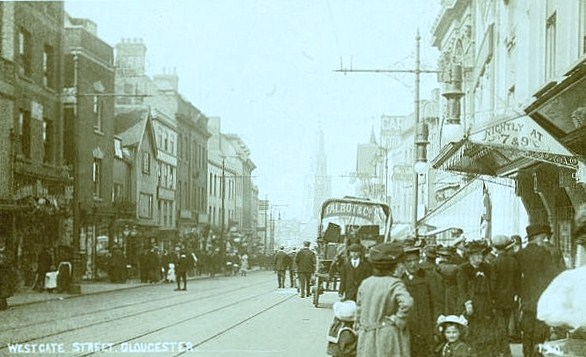 The Theatre Royal was opened on 6th June 1791. Seating was provided for 800 in pit, gallery and private boxes. It was equipped with gas lighting in 1835. In 1857 work commenced to enlarged the Theatre Royal, with seating in orchestra stalls, pit stalls, dress circle, balcony and gallery levels. The latter three levels were supported by slender iron pillars. It re-opened on 2nd March 1859.

In 1897, improvements were carried out by architect J.P. Briggs. In 1902, it was purchased by Pooles. In 1907, it was re-named Palace Theatre and began presenting variety performances. On 6th March 1911, the Palace Theatre screened its first films.

Pooles continued to operate the Palace Theatre until 1922, when they purchased the town’s Hippodrome Theatre, and the Palace Theatre was closed. It was demolished and a branch of Woolworths was built on the site which operated until 1970. Brinkhorns then took over the building, and today it is a Poundstretcher shop.

A fragment of the Theatre Royal/Palace Theatre existed on a doorway of the adjacent Theatre Vaults pub (now a hairdressers), which had a bust of Shakespeare, and in the basement of the pub was the entrance to the theatres' former pit stalls area.

The Theatre Vaults pub closed long ago, and there’s no bust of Shakespeare visible. The building is still there, though, most recently as a hairdressing salon.