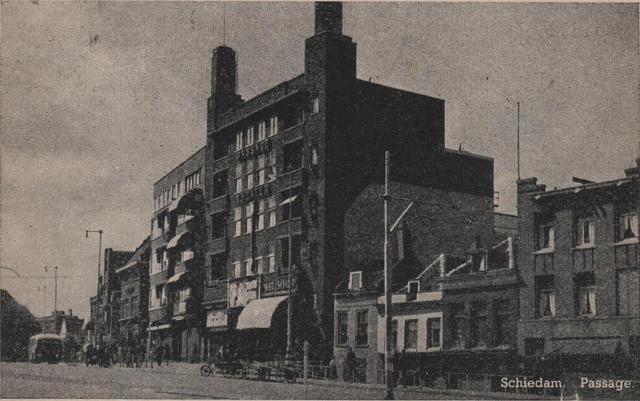 Located in the Schiedam district to the west of Rotterdam. The Passage Theater was opened on 29th July 1932, and was built by Abraham Tuschinki of Amsterdam. It was equipped with a Standaart 3Manual/10Ranks organ, which was opened by organist Pierre Palla from the Tuschinski Theater, Amsterdam and played over the years by organists Cor Steijn and Joop Walvis. The organ was later removed from the Passage Theater into a new theatre on the Schie River.

The Passage Theater was a popular cinema, and was also used for concerts during the 1970’s. It was closed in 1994. In 1995, it was demolished apart from the facade, and a shopping arcade, known as Nieuwe Passage was built on the site.