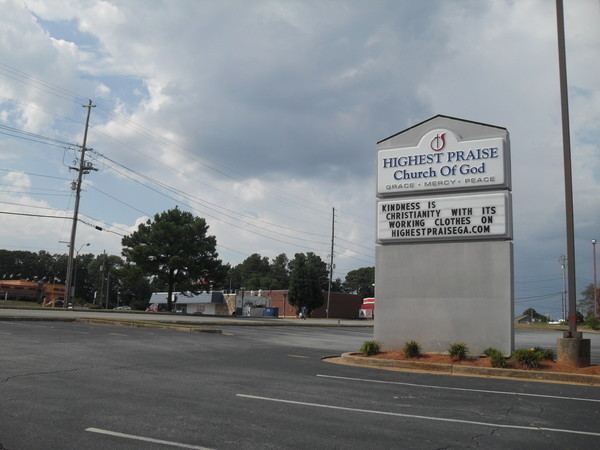 Located on SW Floyd Road at Hurt Road. The Austell Road Cinema 10 was opened by Litchfield Theatres on December 9, 1988. It was closed in 2000.

This was THE theater in the Austell area in the late 80’s and early 90’s. It started off as a Litchfield theater, and upon researching it, the Litchfield company seemed like an offshoot of a South Carolina-area real estate company. The intro clip before the movie had an eerie, serene sequence with guitar music and an animation with sea oats. The logo can be seen to this day by going to litchfieldbeach.com even though this is for the real estate company. At some point in the 90’s it was bought by Regal Cinemas. I saw most movies here, from Star Trek V in 1989 all the way to Contact in 1997. However, by the mid-90’s stadium seating was getting big and for big blockbusters like Independence Day I would drive all the way to Alpharetta to enjoy it in a modern theater. This theater exists today only as some kind of church.

This opened as the first cinema for Litchfield in the Atlanta area on December 9th, 1988. Grand opening ad in the photo section.