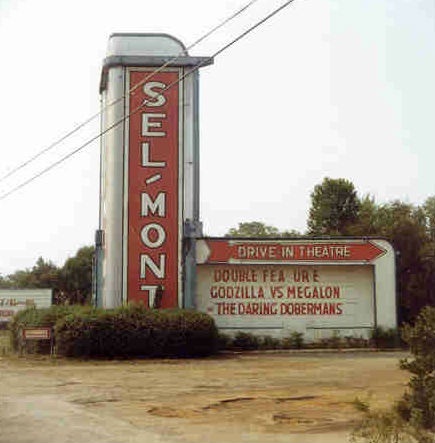 The Sel-Mont Drive-In was opened on June 24, 1949 with Dennis Morgan & Jack Carson in “Two Guys from Texas”. It had a car capacity listed at 600. It was operated by R.M. Kennedy followed by Wilby-Kincey. It was renamed Selmont Drive-In and went over to screening adult movies. The drive-in closed on November 20, 1976 with John Holmes in “Liquid Lips”.

The Greater New Hope Baptist Church was built on the site of the old drive-in. The rugged old screen stood standing behind the church for many years.

The address in the header will not map. 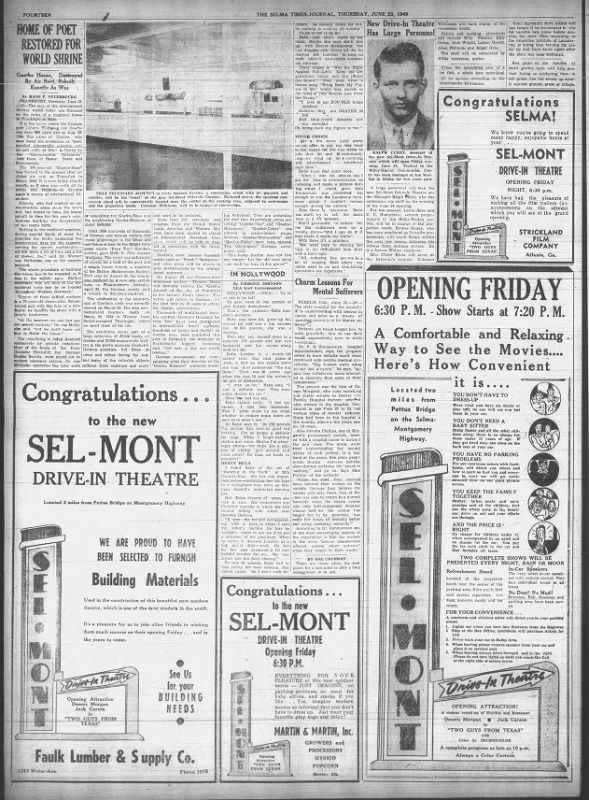 A January 2017 Google Street view along with the overhead view shows no screen. Only a foundation remains in place along with many of the ramps, concession stand/projection booth foundation, and vestiges of the entrance and exit roads.

The Sel-Mont Drive-In had its last season in 1979.

Aerial photo of not-so-good quality uploaded along with other cinemas in town.

As noted, the venue opened as the Sel-Mont Drive-In Theatre on June 24, 1949 with “Two Guys from Texas.” It was bought by the operator of the 80 Drive-In from ABC Theatres Circuit. The renamed Selmont Drive-In Theatre programmed X and “XX” films closing on November 20, 1976 with John Holmes in “Liquid Lips.” It was used as a drive-in church from 1977 to 1979 before the property was augmented with a more conventional hard-top church structure.