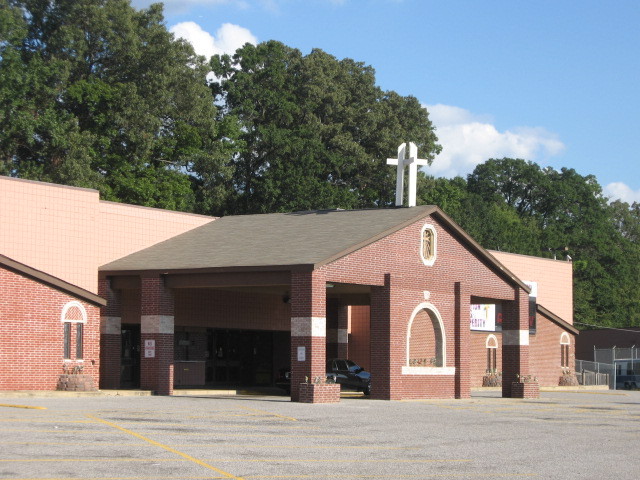 A 6-plex constructed around 1985. Closed and used as a church.

This was next to Central Hardware Building. I believe I saw “Falling Down” here.

CORRECTION: This was actually built somewhere around 1984-1985. I saw a movie here in 1985. Operated by General Cinema.

First theater I worked at when I moved here from Chicago in 1985. First time working for General Cinemas. The President of the Memphis Projectionist Union worked here, Bill McAfee. He gave me this strange test to see if I really knew how to run film, rather than just check my credentials with the Chicago Union. He asked me to open a film can. I’ll never forget that. His son Billy Jr. worked there with him, so I was only given one shift a week there. The booth was all Christie Projectors, lamp-houses, platters and automation. I really don’t like Christie gear, noisy and it feels cheap. Only the 2 big houses had Dolby processors, the rest Christie mono. About 2 weeks later I was given a couple more shifts at the Plaza Theater and a couple of shifts at the Hickory Ridge Mall Cinema. Did this for 2 years until I found out Malco paid better and I went to work for them non-union. Glad I did because a few years latter the Union was gone, followed shortly by every GCC theater in Memphis.