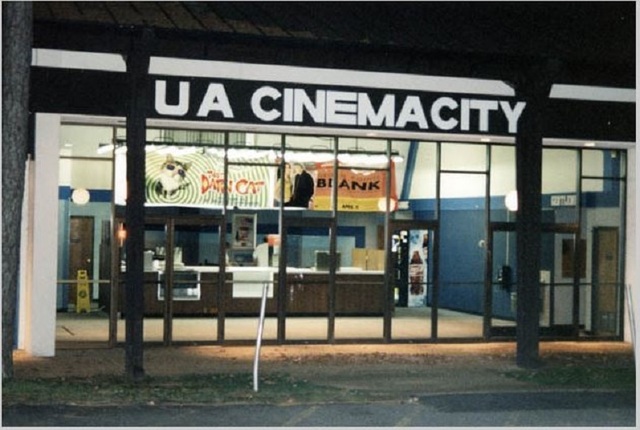 The UA Cinema City 4 was opened February 20, 1976. It expanded to seven screens on March 12, 1982 and was operated by United Artists Theatres. The cinema closed on September 16, 1998. It has since been demolished.

This opened well before 1980, and I doubt it opened with seven screens. Does anyone know the screen-count timeline?

Information available to me suggests this theatre closed 9/16/1998.

The site of this theater is now the parking lot for the theater that replaced it.

If this house was in the Breckenridge Village shopping center, then it was probably the quad that UA opened in 1975. That project was listed in the 1975 new theater construction report that was published in Boxoffice of May 3, 1976. The report didn’t say if it was entirely new construction or a remodeling/expansion of an earlier house, but UA was building a lot of new quads in the mid-1970s.

In response to Joe Vogel’s comment above, I can confirm the quad that UA opened at Breckenridge Village was indeed the Cinema City (although it didn’t actually open until February 1976).

This opened on February 20th, 1976 with four screens. Grand opening ad in the photo section.

Expanded to 7 screens on March 12th, 1982. No grand opening appeared in the papers.