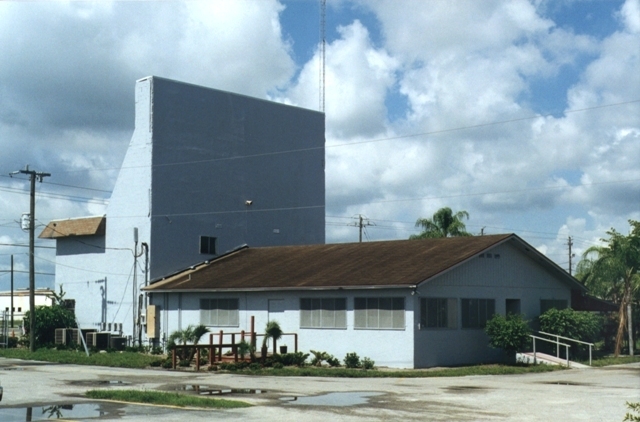 The Lincoln Drive-In opened on February 19, 1953, featuring the 1950 thriller “Dial 1119” with Marshall Thompson, Virginia Field and Andrea King. The Lincoln opened as drive-in theatre “for people of color only”. Apparently business was not too good which caused the drive to close. It reopened on May 9, 1953, as the Starlite Drive-In. Opening day feature was the 1950 western “Rogue River” with Rory Calhoun, Peter Graves and Frank Fenton. The second feature was the 1950 “Gun Crazy” with John Dall, Peggy Cummins and Berry Kroeger. In looking at a photoplay from 1951-52, it was advertised for white patrons only. In 1955 it was operated by M. Solomon & ABC Theatrical Enterprises. The Starlite parking ramp could hold 350 cars. It closed in January, 1970.

Uploaded new pictures and movie ads. I would like to thank somebody for the pictures of the Starlite. They were on another Fort Myers theatre page.

Just to clarify, I just did some research (didn’t take me long on Google) and to clarify, the street this theatre sat on was originally called State Road 82 which was later renamed Anderson Avenue and in 01/15/1991, Anderson Avenue was renamed Martin Luther King Boulevard. I though this important to note here as I was initially quite confused given the fact that the listing here has the theatre on MLK, all the other old ads on here mention State Road 82 and my old herald I just posted has it on Anderson. All the same theatre and location-just a much-renamed road.