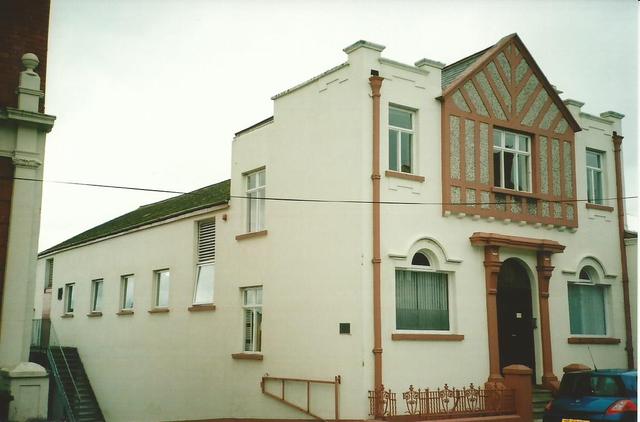 In Portadown, County Armagh, this building is believed to be the former Savoy Cinema. The cinema is listed in the 1937 and 1966 Kine Year Books; the proprietor is shown as Robert Spence.

The Savoy was a conversion of the Catch My Pal Hall, a temperance venture run by a committee and which also screened films, hence it was known as “The Catch”. It was badly damaged by fire in the early-1960s and ended up being incorporated into Sprott’s bacon factory.