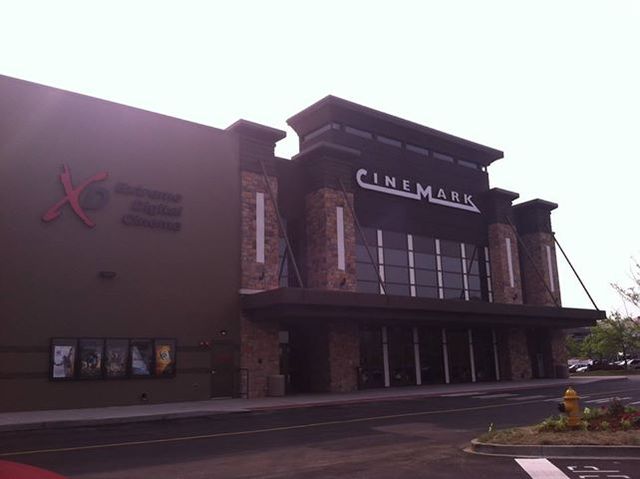 Opened on May 16, 2013, Cinemark’s Mall St. Matthews XD10 features stadium seating and digital projection in all ten auditoriums, and Cinemark’s trademarked XD system with over-sized screen and upgraded projection and sound in one auditorium. There is a lobby bar serving beer and wine as well as the usual concession stand.

The opening at Mall St. Matthews marked Cinemark’s return to Louisville’s St. Matthews district, the company having operated the Village 8 Theatres there until selling that multiplex to Apex Theatres in 1996.

The current Google street view is out of date. Construction on the Cinemark Mall St. Matthews project had not yet begun when it was made. This June, 2012 article from WDRB.com says that the theater was to replace the old Dillard’s department store building (Dillard’s had moved to a new location in the mall several years earlier.) I’ve set Street View to show the former Dillard’s, and hope that when Google updates it will show the theater.

This more recent article from WDRB has a photo of the completed theater.