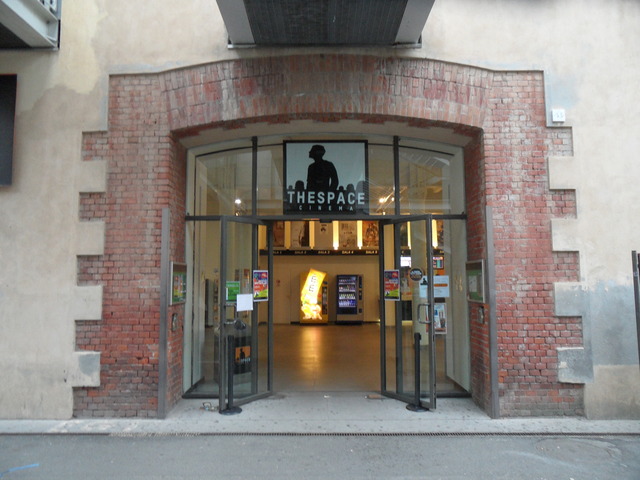 Modern 10-screen multiplex housed in a multi-purpose leisure development constructed within a historic port-side cotton warehouse, originally built between 1926 and 1935. This historic detail has been taken from an information plaque, which indicated the cinema might have originally been called the Cineplex (unless that term has been used as a generic name for a multiplex). Seating capacities are: 1:280; 2:122; 3: 122; 4:133; 5:133; 6:454; 7:251; 8:200; 9:150 and 10:133. (*Estimated from the cinema’s information screens, which show the currently available seats. A website listing the capacities showed these screens as having 750 seats each, which is extremely unlikely!)