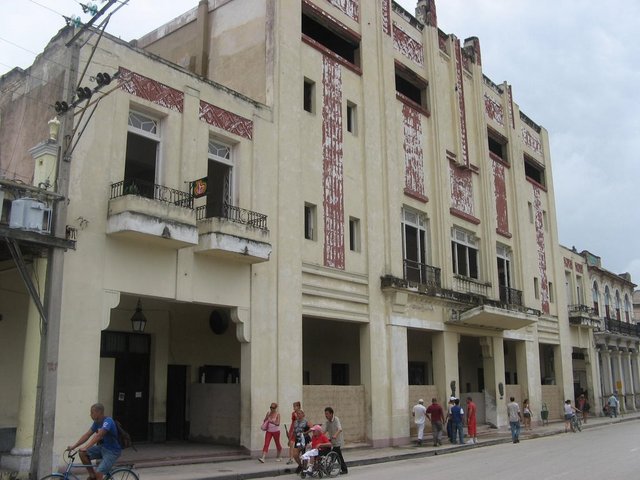 Around 1925, Wenceslao Infante Bidopia purchased the Teatro Oriente. He already owned the next door Cine Holguin and his ambition was to build a worthy theater for the city, but he died before fulfilling his wish. His sons and successors, decided to honor their father desires and demolished both theaters {Oriente and Holguin} to build the newer biggest and modern Teatro Infante.

The architect in charge of the project was the well know Saturnino Mario Parajon, constructor of the Teatro Fausto in Havana, who did honor his fame, building a beautiful Art Deco style theater with three levels with capacity for 475, 752, and 1,200 persons respectively, a total of 2,427 seats. The construction finished in 1939 and was inaugurated on 2nd June 1939, showing the films “Jesse James” and “Robinson Crusoe”.