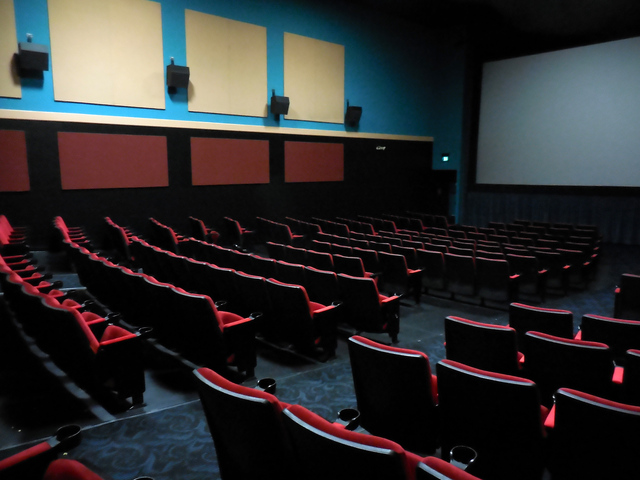 According to the Portland Oregonian, Cineplex Odeon originally developed the theater, designed by the Portland firm of Soderstrom Architects.

Act III Theatres then purchased the theater before it opened and in 1998 it became part of Regal Entertainment Group. The Regal Lloyd Mall 8 was closed February 1, 2015. It is planned to be demolished to make way for new office space.

I wasn’t there at the construction or opening, but I just assumed that they did it 1) to prevent a competitor moving in right next door, and 2) so that they could have a virtual 18-plex spread out across the mall’s location. Apparently Act III was in the habit of buying up a lot of locations in Portland.

It was definitely built and bought after the Lloyd 10 was in place, as there are Oregonian articles on 8/12/1991 talking about Cineplex Odeon’s plans to build the theater despite the Lloyd Center 10 existing across the street, and on 12/14/1991 mentioning Act III buying the theaters (and, incidentally, the Lloyd Mall’s scheduled opening date of 12/20/1991). OregonLive’s website is only giving headlines and first paragraphs, so the full details are probably in microfiche somewhere.