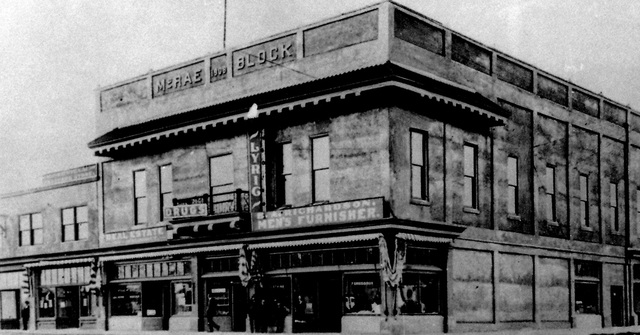 The city of Roseville says that the McRae Building and McRae Opera House were built in 1908. The Sanborn Insurance Maps of 1909 labeled the building with moving pictures on the second floor, and shops on the first.

According to the city, the building at different times housed various businesses. Among them were the Roseville Post Office, (1914-1924), local newspapers, a skating rink, and even a Piggley Wiggley store. In the 1930’s it was home to the Lyric Theatre

Today the building owes its restored look to a 1989 renovation and it is still being used by local businesses.