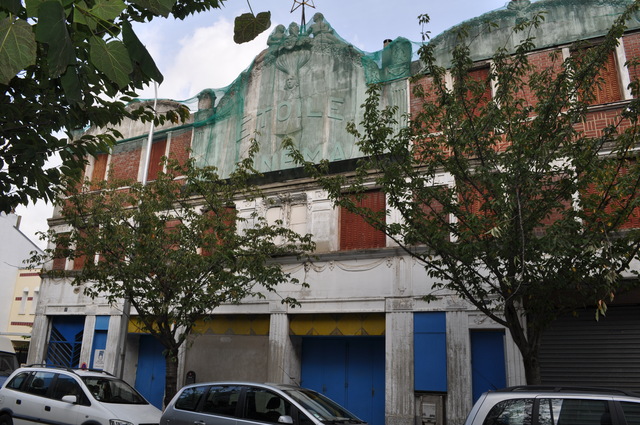 Located in the Seine-Saint-Denis area of outer Paris, to the north of the city and in the district of La Courneuve. The Etiole Cinema was opened in 1933. Seating was provided in orchestra and balcony levels. The Etoile Cinema was closed in 1965.

The auditorium has been gutted of its decoration and the main orchestra floor has been converted into a school for dramatic arts, the Centre Dramatique de La Courneuve. The balcony has been sealed off and is used for storage by the City of Paris who own the building.

By 2014 the district had gained a new single screen Etoile Cinema, which has its own page on Cinema Treasures.