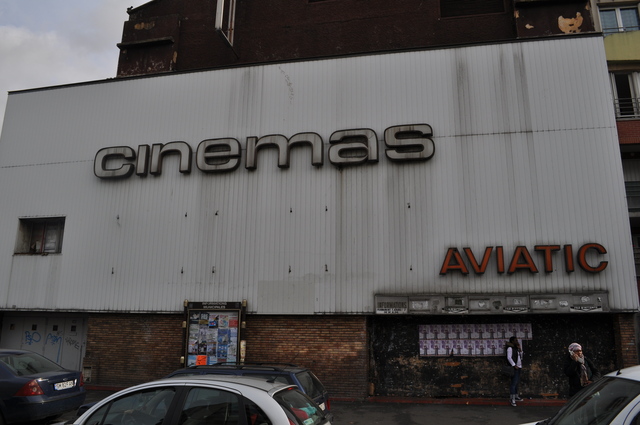 Located in the Seine-Saint-Denis district of outer Paris, in the north district of Le Bourget. The area is best known for Le Bourget Airport, hence the name of the cinema. The Aviatic Cinema was opened prior to 1946 as a single screen cinema. It had a large Art Deco base relief panel on the centre of its façade. Seating was provided in orchestra and balcony levels.

By 1970 it had been converted into a triple-screen cinema, and the lower part of the façade was covered in metal cladding. In later years it was divided into 6-screens. In 2014, the building stands unused.