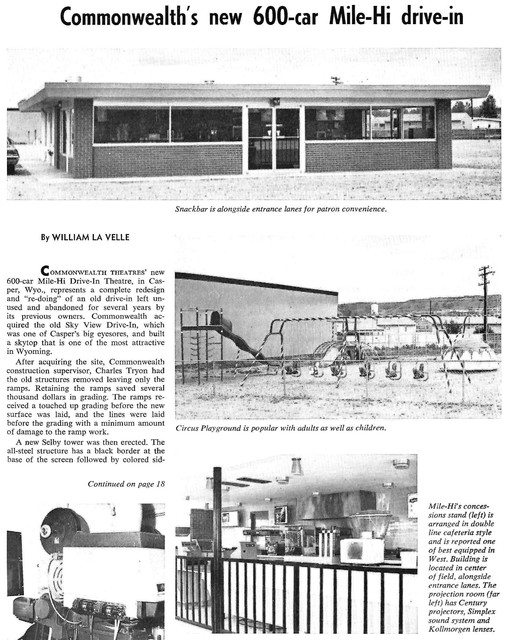 The Skyline Drive-In was opened April 23, 1949. By 1955 it was operated by E.J. Schulte and Russell Schulte and Gibraltar Enterprises Inc. It had a capacity for 400 cars. It was abandoned in the early-1960’s.

On April 2, 1969 it was taken over by Commonwealth Theatres and reopened with John Wayne in “Hellfighters”. The car capacity was increased to 600 cars, and the name changed to Mile-Hi Drive-In. The drive had a playground for children. 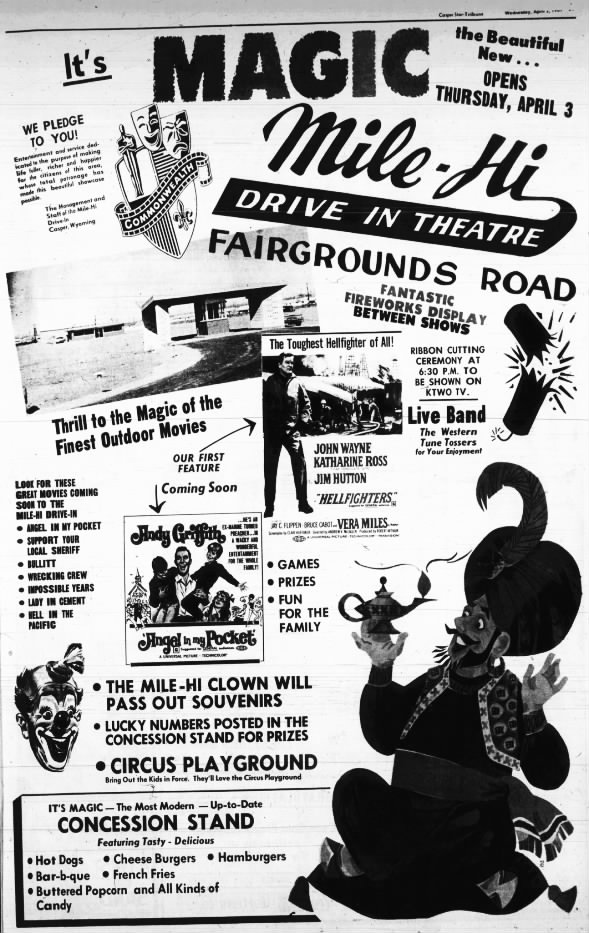 ad in the photo section.

I wonder whether this drive-in changed its name before or after it opened. From Boxoffice, April 2, 1949: “CASPER, WYO. – April 10 has been set as the opening date for the Adams Drive-In, located near the fairgrounds. At present the theatre is about 60 per cent complete, Robert Adams, head of the enterprise, reported. Finishing touches and installation of equipment are all that remains to be done. The drive-in is owned by Allen and his brothers who also plan to operate an outdoor theatre in Rawlins.”