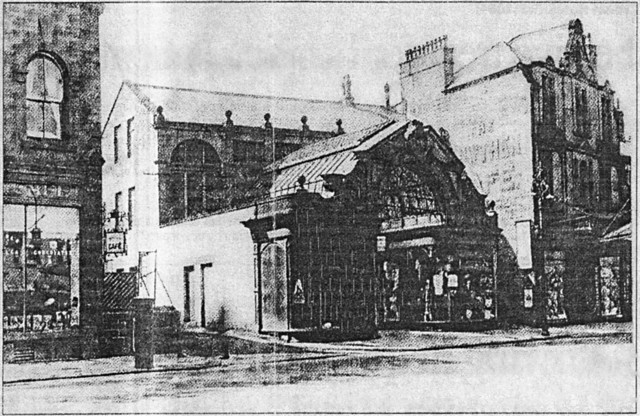 Located in Harrogate, North Yorkshire. The Central Cinema was opened on 31st July 1920. It was designed by Alderman Houfe and had a 25 feet wide proscenium. It was equipped with a 3Manual Conacher organ. In 1929 it became the first cinema in town to be equipped for ‘talkies’ when a Western Electric(WE) sound system was installed.

The Central Cinema was taken over by Marks Circuit Cinemas of Manchester in 1947. They closed the Central Cinema on 20th August 1949 with Chester Morris in “I Promise to Pay” & Laurel & Hardy in “The Bohemian Girl”. The building stood unused for a while, and was then converted into a furniture store.

Around 1961 it was demolished and the site was redeveloped, housing a bookshop in 2001.