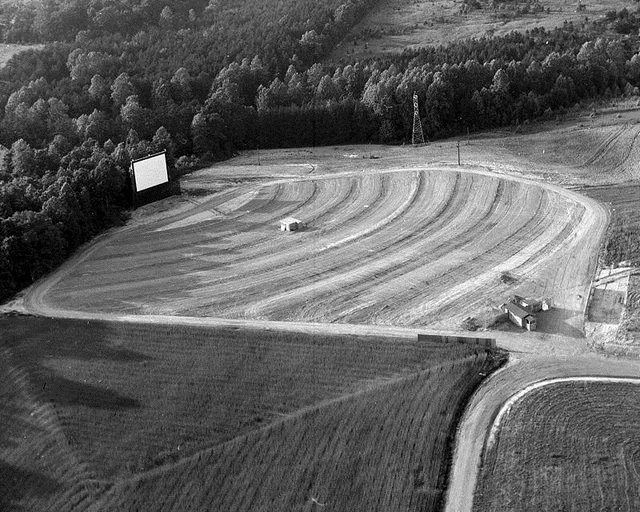 The second drive-in to open in Statesville, NC was the Statesville Drive-In. It opened on May 18, 1949, featuring the 1948 musical “Give My Regards to Broadway” with Dan Dailey, Charles Winninger, Nancy Guild and Charles Ruggles. It was opened by J.W. Hill and W.C. Kelly who also operate the Roxie Theatre in Troutman, NC. The drive-in was built at a cost of $50,000 and featured a 64 ft. x 55 ft. screen tower. The parking ramps could hold 300 cars with outside blast speakers mounted on poles around the outside of the parking ramps. Eventually the partnership of Hill and Kelly was dissolved. Hill took over the operation of the Roxie Theatre and Kelly retained operating the drive-in. Since Kelly was also employed by the railroad, he realized that his regular job conflicted with running the drive-in theatre so he decided to sell it. In August of 1950 the drive-in was sold to A.F. Sams, Jr. dba Statesville Theatres. It was their first venture into operating drive-in theatres.