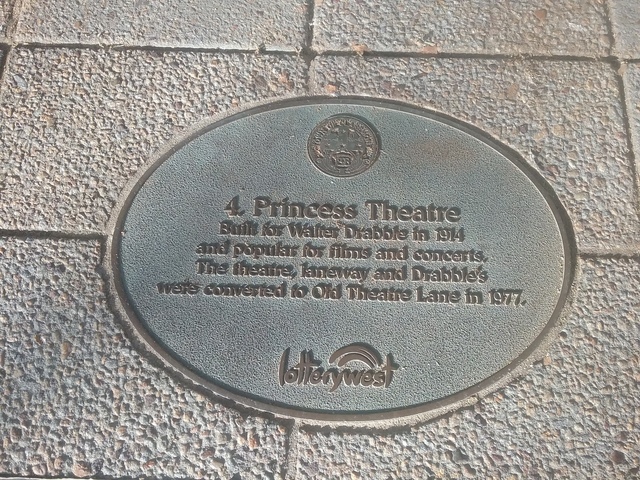 The theatre was sold in 1964 and converted to a shopping arcade(Old Theatre Lane), though retaining a small theatre holding approximately 400. There is a plaque on the footpath outside the arcade on Bayview terrace about the Princess Theatre, part of the Claremont Heritage Trail.