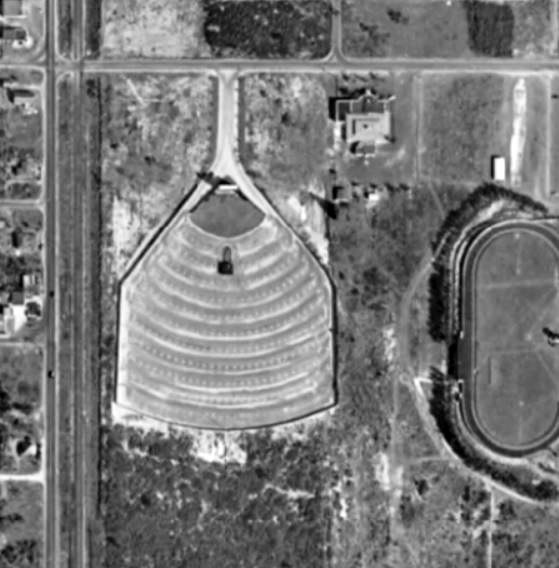 The Hallandale Drive-In was one of the earlier drive-in theatres to open in the Miami area. It opened on June 11, 1948, screening the 1947 action movie “Michigan Kid” and the second feature was the 1948 comedy “If You Knew Susie”. The drive-in opened with a 500 car capacity and RCA in-a-car speakers. Walter Colby (dba Hallandale Drive-In Inc.) opened the drive-in. Later on in 1951, it was operated by S. Arthur Ashworth and ABC Theatrical Enterprises. The last owner was Sherwin Grossman, who sold the Hallandale Drive-In to the Hollywood Greyhound Track. They wanted it to use it as a parking lot for their track.

The Hallandale Drive-In closed for good in April of 1963. Grossman wanted to expand his horizons by becoming involved in building and operating TV stations in South Florida.

Like many Drive-Ins built prior to the early 1950’s the theater screen was built in the Full Screen format. It was during the summer of 1954 that the screen was expanded to a Widescreen format to accommodate Vista Vision and Cinema Scope films, and to compete with new theaters being built to this format.

The location on the south side of Pembroke RD located the Drive-In in Hallandale, the north side of the road was in Hollywood. The Drive-In advertised in the Miami News to reach their southern market and the Sun-Tattler a local daily in Hollywood.

Hey Ken thanks for the information..

Drive-In 54, thanks for the support. I’ve begun to post images I have been able to salvage from the family albums and look forward sharing what information I can.

I have posted a series of photos detailing the renovation of the drive-in from Full screen to Widescreen format in the Summer of 1954.

Drive-In 54, again, thanks for the support. I am glad that my Father’s work of recording this event has found such interest within this community. It was a unique effort and obviously worth preserving. 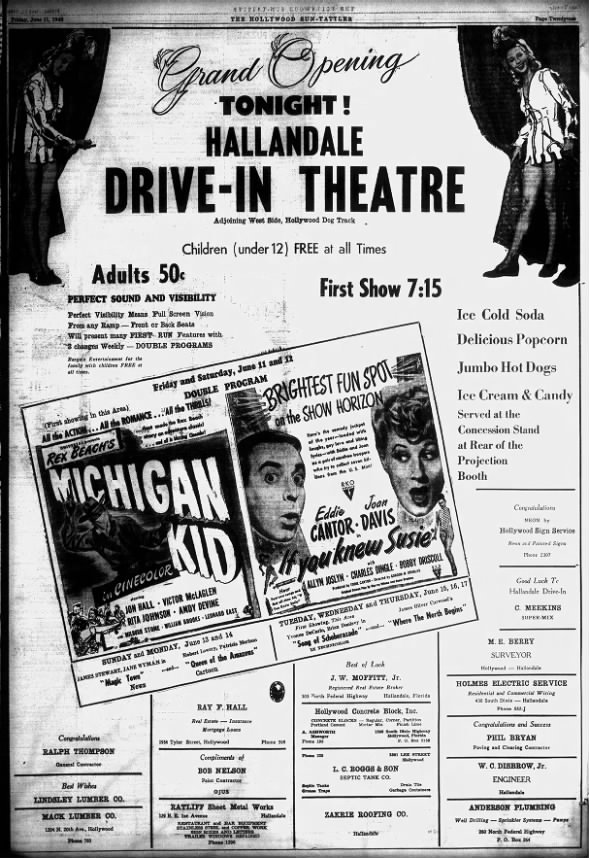