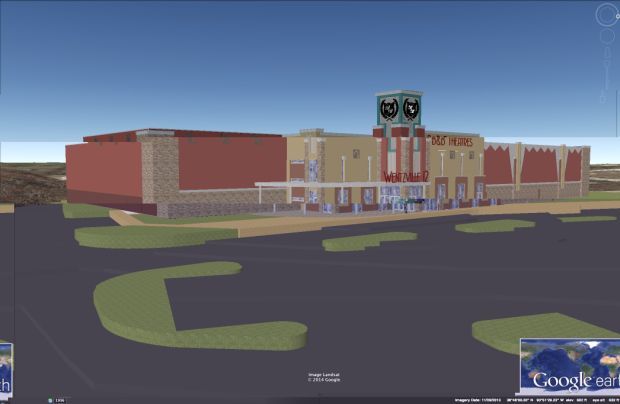 B & B Theatres opened the Wentzville Tower 12 on November 5, 2015. The theatre features leather-style automatic recliners in every auditorium. The largest two auditoriums in the complex features the B & B Grand Screens.

The concession stand offers extended menu options including burgers, chicken tenders, french fries, onion rings, mozzarella sticks, and ravioli bites as well as traditional concession fare. On site is the Marquee Bar and Grill from which drinks and food may be brought into the auditoriums.

B & B Theatres, founded in 1924 in Salisbury, Missouri, now counts itself as the 9th largest theatre chain in America. When they opened in Wentzville, they covered nine states with 50 locations and 394 screens.