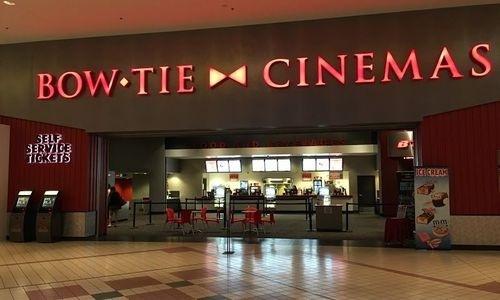 The Saratogian newspaper noted that the renovated theater was 20-years-old and had been vacated by Regal Cinemas the previous February 18. Regal previously acquired the location (with 52 other theaters) from Hoyts Cinemas in March 2003.

Bow Tie Cinemas is a fourth-generation, family-owned company founded in 1900 by vaudeville impresario B.S. Moss. Their most famous locations operating today are the Ziegfeld Theatre and Chelsea Cinemas in New York City. The rich history of Bow Tie Cinemas and photographs of their former movie palaces are available on their website. In 2015 Bow Tie covered six states with 55 locations.