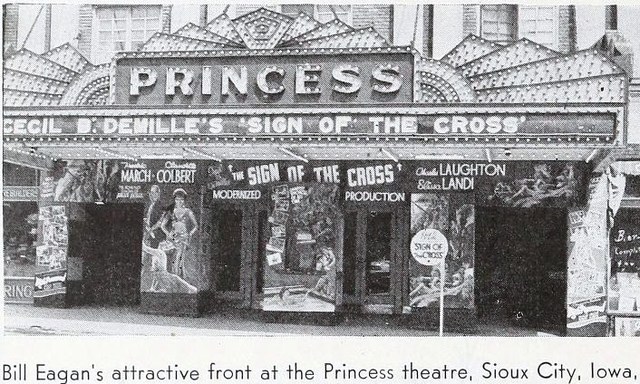 The long-running Princess Theatre opened in downtown Sioux City on September 17, 1914 presenting vaudeville. It soon went over to screening movies. By 1930 it was operated by Publix. In 1946 was taken over by Paramount Pictures Inc. and was operated by their subsidiary A.H. Blank. It reopened following a renovation on October 23, 1946 with Vivian Blaine in “If I’m Lucky” and renamed Hollywood Theatre. Later operated by the Dubinsky Brothers, the Hollywood Theatre was closed on July 13, 1969 with Dick Van Dyke in “Chitty Chitty Bang Bang”. It was purchased by the city and was demolished.