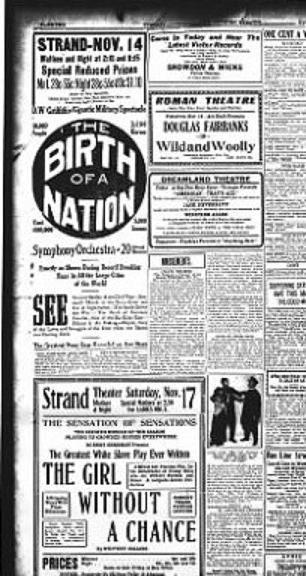 The New Broad Street Theatre launched September 7, 1903 with 1,300 seats. On September 2, 1912, the redecorated theatre became the Princess Theatre (sometimes called P.F. Joyce’s Princess Theatre). The vaudeville house blends in motion pictures and had its biggest hit with “Birth of a Nation”. That structure was closed briefly in August of 1916 becoming the Strand Theatre on August 30, 1916 with all new Simplex projectors.

Operating on a ten-year lease, the Strand Theatre comes under pressure by Comerford Amusement Circuit’s Luzerne Amusement operation which would effectively tie up most good film bookings with its three Pittston theatres. Not long after the World Series of 1924 is presented, the Strand Theatre owners had a dispute about the building’s assessed value. They closed the theatre late in 1924 where it is dismantled, razed and became the long-running Broad Street Garage in 1926. The parking lot and car repair facility proved far more lucrative until being razed in 1990.

The Broad Street Theatre was designed by J.B. McElfatrick & Son for the Pittston Opera House Company.