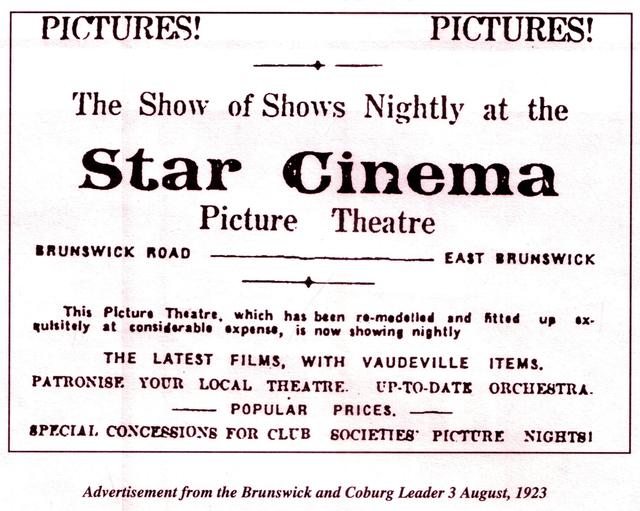 Located in the north Melbourne district of East Brunswick. Prior to 1920 the site was owned by Thomas Bydon, who leased it to Ernest C. Luckman. Luckman, is described as a stair builder who ran a business as a contractor from workshops on this site. Between 1920 and 1923 the site was redeveloped and run as the Star Theatre. The exhibitors were A.P. Howson and a Mrs. S. Lock. Mr J.C. Baker was also listed as an interested party. Later by August 1923 it was re-named Star Cinema Picture Theatre. The theatre appears to have closed around 1925.

The building then went over to be used as a workshop/small factory which lasted for the next 65 years. By 2018 it is in use as office space for a real estate agent named Jellis Craig.