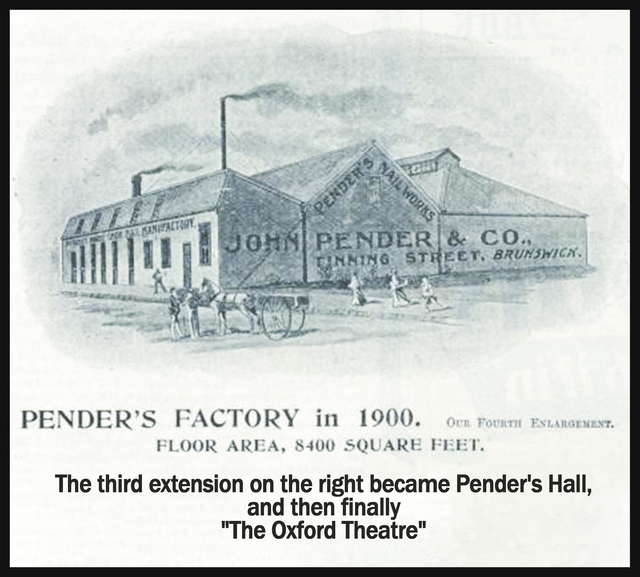 Located in the north Melbourne district of Brunswick. In 1909 Tommy Sangston leased the new extension of Pender’s Tinning Street, Horseshoe Nail Factory, which would become Brunswick’s first indoor theatre - He named in Pender’s Hall. The hall could seat 4,000 people with a floor area of 8,400 square feet.

Come 1911 and in an effort to stay in front of emerging competition, he re-named the hall and called it the Oxford Theatre. The Oxford Theatre ran successfully against the recently opened Lyric Theatre and Empire Theatre, however it was forced to close in late-1914 when the Alhambra Theatre opened in what was considered to be a more convenient location. The Oxford Theatre building was demolished in 1983.