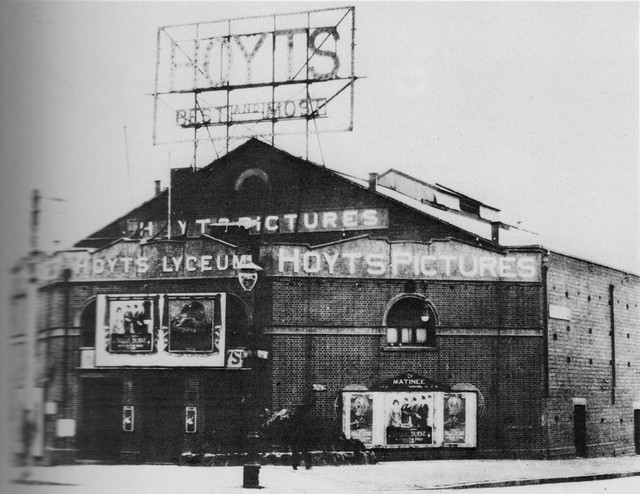 Located in the inner city district of South Melbourne. West’s Theatre was opened in 1910 and was at 2, Sturt Street East (which today does not exist) at the corner of St. Kilda Road. It was built for and operated by T.J. West who went on to add many cinemas to his chain.

In 1922 it was taken over by Hoyts Theatres and re-named Hoyts Lyceum Theatre. It was one the first suburban cinemas in the Hoyts chain. It had closed by 1946.