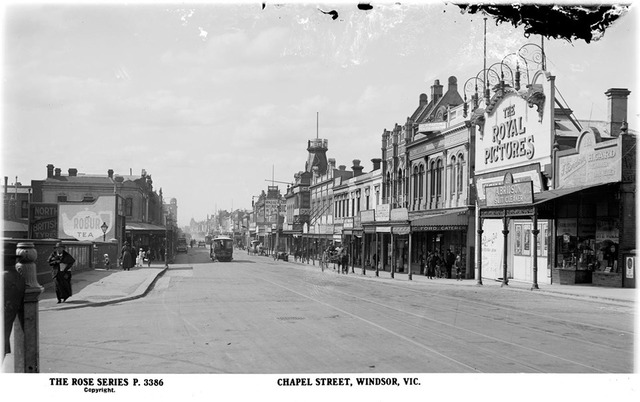 Located in the south Melbourne district of Windsor. The Royal Theatre was opened in 1913. It was later taken over by Hoyts Theatres around 1933. Hoyts Royal Windsor was closed in 1957. It was converted into retail use.