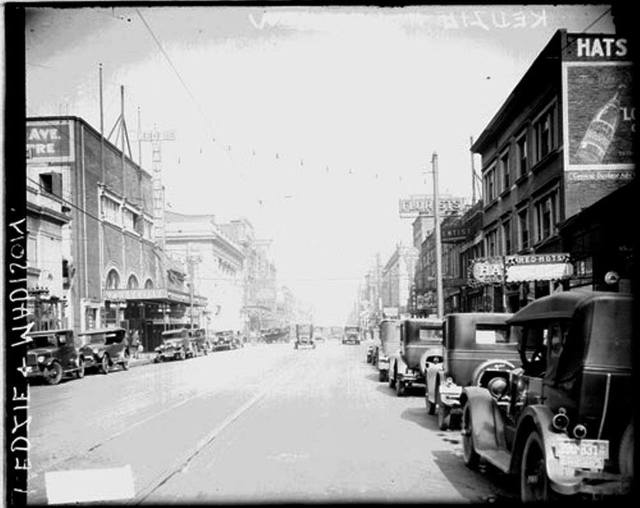 The Kedzie Avenue Theatre opened in 1909, located in the East Garfield Park neighborhood on W. Madison Street near N. Kedzie Avenue. It was the second theatre to be designed by the Chicago based architectural firm Rapp & Rapp and the first to be totally designed by them. Their first was the auditorium of the Majestic Theatre, Cedar Rapids, IA which was attached to an already existing building.

Both theaters closed by the 1950’s, and have long since been razed.

As was the Kedzie Annex, with the Kedzie built in January and the Annex in August. I suppose you might just consider this the very first Twin!

So, make of that what you will. I don’t know quite how to interpret it.

The Kedzie Annex Sidney Lovell Architect Construction News Vol XXXIV No 13 September 28 1912 Chicago Ill One column of text Three half tone illustrations 725.8 Quarterly Bulletin Containing an Index of Literature from the Publications of Architectural Societies and Periodicals on Architecture and Allied Subjects V. 1-12, V. 13, No. 1-3; Jan. 1, 1900-Oct. 1, 1912 By American Institute of Architects

I recall the smaller theatre being known as the Cinema Annex.

(May 17, 1954)
Claims Legion Attempt to Suppress Film
CHICAGO <U.E>â€" A motion picture theater manager has accused the Illinois American Legion of using “confidential smears” and “intimidation” concerning the controversial picture “Salt of the
Earth."
M. A. Terman, manager of the Cinema Annex theater, said the state Legion’s antisubversive commission sent him a "letter of warning” about the picture, even though he has not booked it.
“I take exception to your letter even though I have no contract for ‘Salt of the Earth’,” he said in a letter to the commission. “It is McCarthyism in the world of art, and is the death of art.‘
The Legion has opposed the showing of "Salt of the Earth” on the grounds “that it was an endeavor on the part of the Communistic elements to produce the greatest Communist propaganda picture ever developed in the United States of America."
The committee’s letter to Terman said "the International Union of Mine, Mill and Smelter Workers, writers, producers, actors and actresses, connected with the production of the film, are all identified with the Communistic movement and later attempting to sell totalitarianism”.

As the Cinema Annex was a separate theater it should have its own Cinema Treasures page.

I just added a 1933 photo of the side of the Kedzie Theatre. Poster boxes indicate theatre is spelled with an “e” at the end, and not as theater. Should be changed accordingly on the Overview. Photo source unknown.