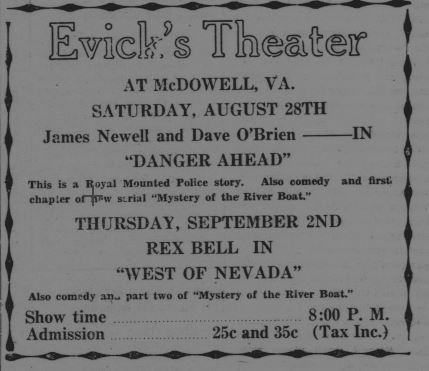 After closing the building was used as a communities activies venue into the 1950’s. It was advertised ‘For Sale’ on March 31, 1960 as “A 3-story frame store building, with theatre and modern apartment, all utilities, located in McDowell, VA”.

Mr. A. K. Evick opened this Theatre in McDowell after having operated a Theatre under the same name in nearby Monterey.