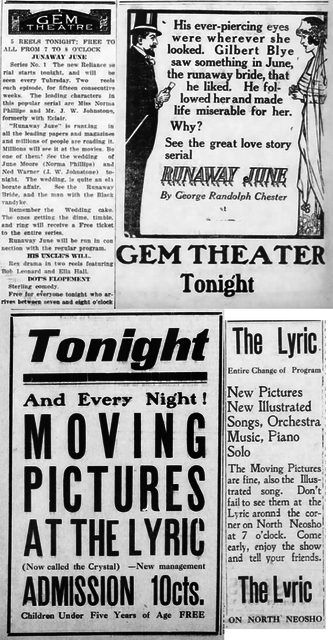 The Vaudette Theater opened in August of 1907 in Ward’s Drug Store and it didn’t take the Nickelodeon era venue to figure out that Cherryvale wanted motion pictures. In October, the theater was expanded and given a name change to the Lyric Theatre. In September of 1908, the theatre changed again to the Crystal Theater under new management for less than two months. It then got another new operator calling it the Gem Theatre from October of 1908 to April 14, 1915.