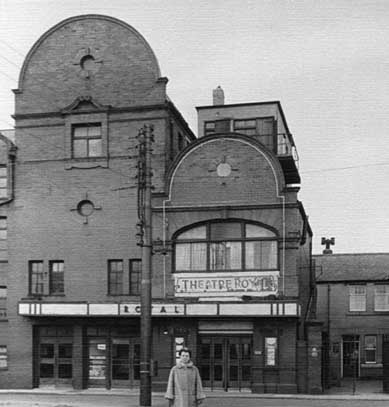 Located in Seaham Harbour, County Durham, at the side of the Golden Lion Hotel. The Theatre Royal was opened on 11th November 1873 with a production of “The Two Orphans”. In 1901 it was replaced by a ‘New’ Theatre Royal which had a 20ft wide proscenium and a 30ft deep stage. There were five dressing rooms. In 1907 films were screened during the interval of the stage productions. In 1931 it was equipped with a Western Electric(WE) sound system and began operating as a full-time cinema, opening with “Big Pond” on 5th October 1931.

The Theatre Royal was closed in 1961. The building became derelict and was demolished in 1975.