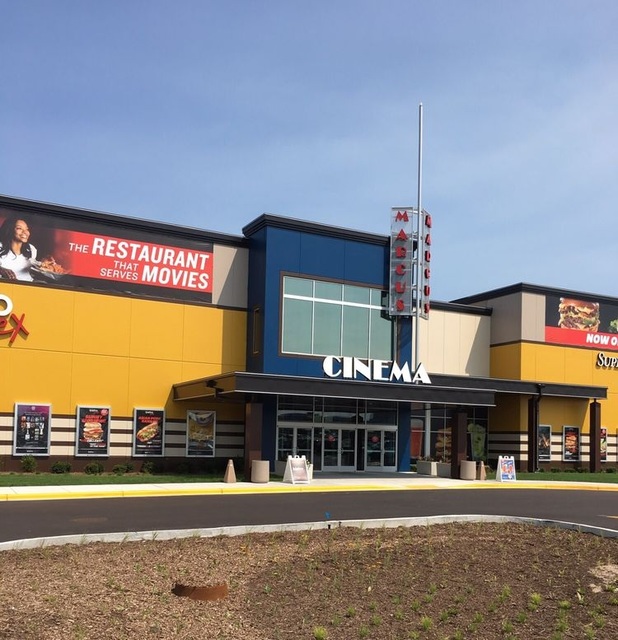 Marcus Theatres’ eight-screen, 40,000-square-foot Bistroplex cinema complex outside of the Southridge Mall in Greendale opened June 30, 2017 with a sleek bar and lounge area with tableside dining for patrons - Milwaukee-based Marcus Corp.’s first foray into its concept, of a restaurant that serves movies.

The opening-day menu was crafted by Steve Johnson, Marcus Theatres corporate executive chef, and included a $15 “Italian Job” double smash burger, Italian beef provolone, giardiniera and au jus or a $22 baked salmon, $11 vegetable stir-fry, or a loaded burrito for $14 from a full-service two-line kitchen. Traditional movie theater snacks are still available but are brought by a server.

Twenty beers are on tap - fifteen from local breweries - and craft cocktails. The hope is that patrons will arrive thirty minutes early and order a drink and dinner or snacks, or just dine and relax in front of seven flat screen televisions. Two of the eight screens offer heated DreamLounger leather recliners.

The Bistroplex is Marcus' first new cinema in the Milwaukee area in 10 years since the Marcus Majestic Cinema in Brookfield opened. The Marcus Renaissance Cinema in Sturtevant opened in 2006. Marcus Theatres owns or manages 69 locations in eight states.

Because of the fullsized kitchen, the BistroPlex concept can’t be adapted to existing theatres but if it’s successful it could be replicated at new properties.