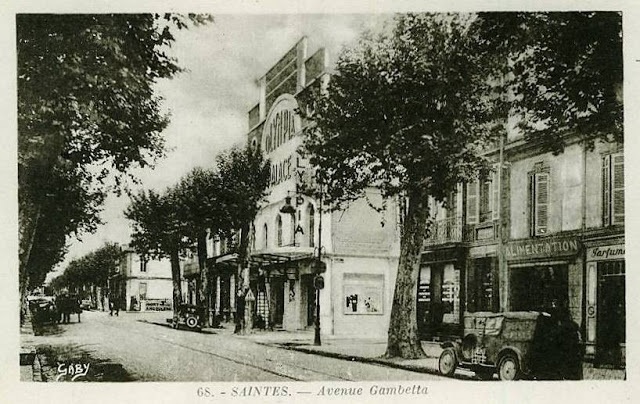 Located in Saintes in the west of France between Cognac & Rochefort. The Cinema Palace was opened on 3rd April 1915.

Later divided into 4-screens and re-named Olympia Palace, it was closed on 3rd July 2007 and the building stands vacant in 2017.