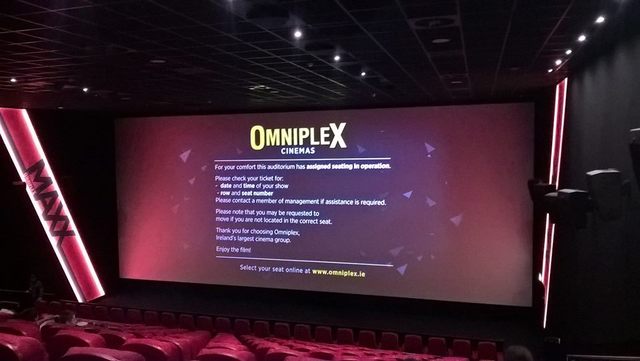 The Omniplex Arklow opened as part of the new Bridgewater Shopping Centre on 4th October 2007.

The 9 screen multiplex cinema was operated by the Gaiety Cinema Group (GCG).

In May 2015 it was announced that Omniplex had bought the Gaiety Cinema Group (GCG) in an €8m deal. GCG owned two cinemas in Sligo and Arklow, in the Bridgewater Shopping Centre. Both cinemas were known as GCG Omniplex Cinemas until early-2016 when both cinemas were rebranded Omniplex.

The cinema received a major refurbishment in the Summer of 2017. Screen 5 was converted to a MAXX screen complete with new red leather seating, lighting and sound systems. The other screen receiving new lighting, drapes, curtains and refurbished seating. The main foyer was fully renovated with new counters, seating area and online ticket collection machines.