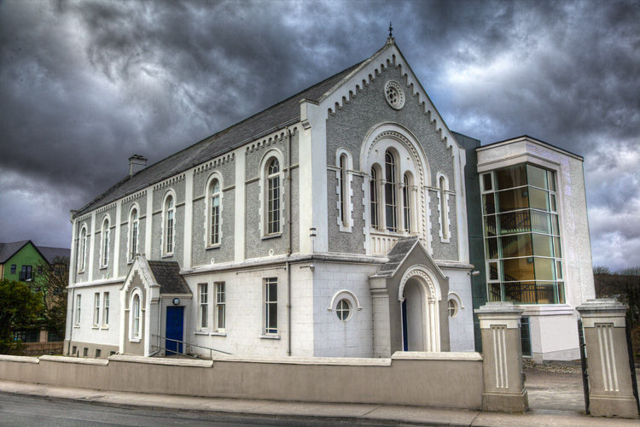 Located in Carndonagh, County Donegal. The Colgan Hall was built in 1914 and named after John Colgan, a priest of the Franciscan Order. It has been a dance-hall and cinema, and has also held whist drives, plays, exhibitions, toy sales and bazaars along the way. The period during which films were screened is hard to pin down and were probably advertised by local posters or word-of-mouth. In particular Irish films were advertised in the press during 1967-8 and screened under the Colgan Cinema banner. The Reverend Bower was in charge of Colgan Hall at the time, which was equipped with an RCA sound system. It was perhaps the most northerly cinema in the Republic of Ireland. Today Colgan Hall continues as a community and resource centre.