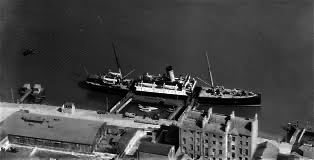 Located in Waterford, County Waterford. The cinema was a conversion of a skating rink which could have dated from as early as 1906. It was operating as a cinema by the 1920’s and was originally run by Messrs. Bradlaw and Grandy. It closed for alterations at the end of the 1930’s, mainly to enlarge the auditorium and provide an additional 400 seats. At the time it is listed as having 700 seats and an RCA sound system fitted. It reopened on 3rd November 1941. The Coliseum Cinema is then listed as being run by Amusements Ltd. and had a Western Electric(WE) sound system fitted by the end of the 1940’s. It also staged wrestling tournaments in the early-1960’s and closed on 15th January 1966. It was sold off to the Harbour Board for storage, although today much of this area is luxury riverside housing so it may have been demolished.