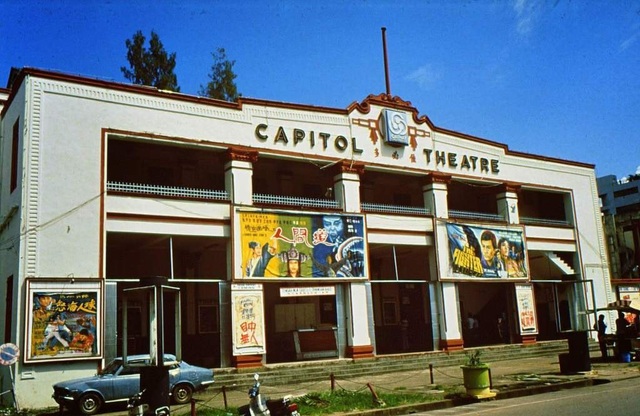 Located in the Kampung Jawa district of the city centre, on what was originally known as Wolferstan Road. It is a concrete structure and the Capitol Theatre was opened around 1936 as a dance hall with a bar. In the late-1960’s it was converted into a cinema. Seating was provided in orchestra and balcony levels. The Capitol Theatre was one of the most popular cinemas in the city and was considered ‘the place to be’.

It was still operating into the 1980’s, but has been closed for many years and in 2018 sits as an abandoned shell, with only the four walls and balcony remaining. The roof collapsed many years ago and trees & shrubs now occupy what remains of the building.