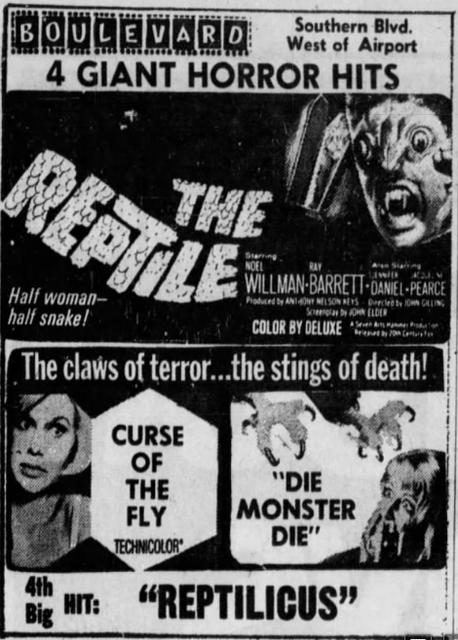 Located on Southern Boulevard to the west of the airport. Built in 1947 with 1 screen and a capacity for 500 cars. Opened with no name just Drive-In Theatre or the Family Theatre 1947-1948.

U.S. 98-FL 80 and Southern Boulevard westbound runs through the front of the former drive-in site. The back end is now occupied by Family Dollar.